Gender discrimination is a worldwide phenomenon that can be identified anywhere i.e. at personal or at the organizational level. On another hand, this concept can be better understood with the help of gender gap. The gender gap can be defined as the difference in the society where the participation level of men and women may be more or less in several phases of life. In recent decades, the changing social and economical conditions of UK have made both men and women to work in different sectors.

In this, the banking sector is one of the most prominent sectors of UK economy. This sector generates various opportunities for an individual to enhance the career opportunities. There are a few large banks like HSBS, Lloyds Group etc. but the case study is based on HSBS bank. In UK, the share of women as a manager is just 32% and 28% of senior executives. Due to different barriers, the women employees are being discriminated on diverse basis which will be further discussed in this research paper (Abd Rahim and et.al., 2016).

The current investigation is being conducted with an object to critically evaluate the Impact of gender discrimination on commitment of employees in the banking industry: A study of HSBC bank. In order to gain a clear understanding the objectives are about to bifurcated so that the views of different authors can be seen. Following objectives are mentioned below.

According to (Wilson, 2015), employee performance can be explained as the executions of the skills and knowledge of an individual in order to attain the company tasks and operations. There are different companies who access the performance of the employees on annual and quarterly basis. It is an important factor on which a firm needs to focus and analyse the same. It is the duty of the management keep measuring the employee performance so that it can help them to motivate time to time.

It is not possible for an employee to maintain consistency in is or her performance all the time. Besides this, (Sharma and Mani, 2012) stated that employee performance is the process of work done or use of roles and responsibilities for the attainment of company tasks and objectives. Although, employee performance plays an essential role in the success of an organization. If they are working well and in defined manner then it will assist the organizations to attain their goals and objectives in terms of profits and sales. The performance of the employees can be measured with the help of annual appraisal. This ensures the management to identify the actual performance of their team and its members (Bezbaruah, 2015).

Impact of gender discrimination on commitment of employees

With the consideration of above review, it is analysed that gender discrimination has huge impact on the commitment of the employees in banking industry. In this sector, there are different opportunities for the growth and career expansion. As per the statistics, it is seen that banking is even more male dominating sector where the males get higher chances of being promoted and get success. In UK economy, the female managers in banking sector is equal to domestic average.

Only, 11% of the ladies are the managers and gained the top positions in UK banking sector. There are different barriers which are being faced in the organizations which leads to affect the career. With the help of survey, it is evaluated that 48% of the barriers exist in the organization itself. At this point 36% of the males in UK are agreed with the female discrimination on the banking sector (Sharma and Mani, 2012) 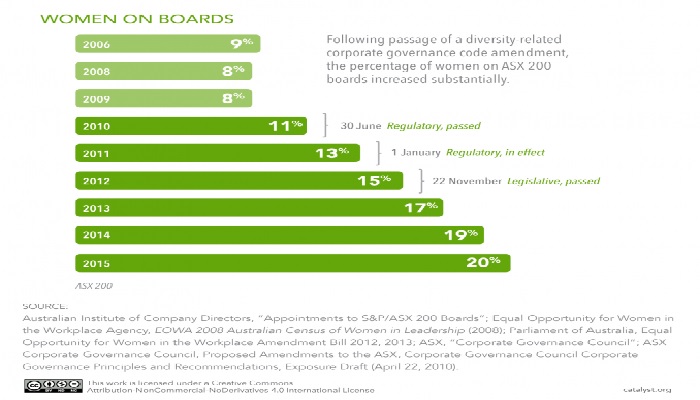 In context to above, statistics shows both man and woman feels banking sector lacks opportunities in order to get flexible working (Abd Rahim and et.al., 2016). With the help of above diagram it clearly shows that earlier women candidate were not allowed to get proper opportunities. But the graph is depicting the increaser in women on boards. Additionally, with the changing time there is no difference remained between a man and a woman.

But still there are some areas where female faces discriminations. Comparatively they are not getting higher paid in banks than of man. This has resulted in affecting their efficiency and effectiveness towards the work done. These practices decreases their satisfaction and motivation level. This leads to turnover ratios of women candidates in bank is increasing (Sharma and Mani, 2012).

From above review and analysis, it can be stated that gender discrimination affects the commitment of the employees in banking industry. It tends to decrease the motivation and interest level of the employees. This affected the commitment level in term of employment. The banking organizations needs to adapt proper discrimination acts in order to equate both and and woman on same level. It is the responsibility of the management to offer equal opportunities to both of them. As per the results, it has been concluded that gender discrimination have huge impact on commitment of employees. It results in decrease in satisfaction and motivation level.

You may also like to read: Aboriginals/Indigenous and Murri People from Qld