The Equity Act is concerned with framework of equal pay. It is related with the prohibition of discrimination at corporate level (Momsen, 2004). It is having the provision of training and education for protecting some characteristics such as age, disability and gender (Barris, 2007). It is against the discrimination on basis of gender and difference in payments on corporate level (Carr-Ruffino, 2006). This is controlling various functions of company such as recruitment, hiring, selection, training and development (Flederman, 2006). It is defining terms and condition for payment system, wages, promotion and transfer in the organization. This law also covers appraisal systems, annual review method and termination process in the firm (Marquis, 2007). This law is based on UK amendments and there is constant modification that is happening in the nation.

According to European amendments, the goals and objectives of anti-discrimination law is to offer equal opportunities for men and women. This will provide equal development of men and women at the corporate level (Aoun, 2007). This is also covering various motivational factors such as bonus schemes and appraisals. These benefits in the organizations should be according to terms and conditions of European government amendments (Elmuti, 2006). This is a strong step of European government for fighting against the poverty and loss in economic condition of nation. This is covering the laws of decision making process for women's and human rights. 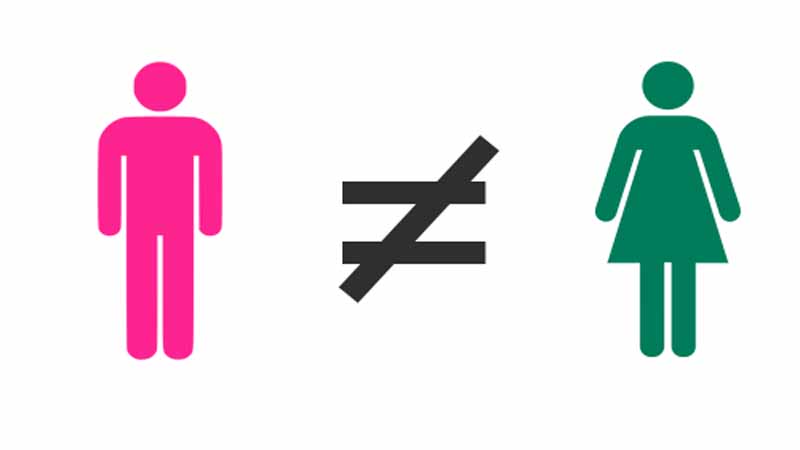 The report is about an act which was registered in 2007 in United Kingdom parliament for preventing the discrimination in companies. The aim of this act was to reform and streamline the gender discrimination on organizational level. It is having various tactics that are followed by a company to prevent these unethical practices. It contains factors that are affecting the way of dealing with a woman and a man employee. It basically emphasizing on difference in salaries of male and female employee that are working with an organization. This report is a critical analysis and evaluation of various practices which are followed in the firm for preventing discrimination.

Equal Pay Act 1970 is the Act which is registered under United Kingdom Parliament. It is prohibiting the difference in treatment between men and women (Harisis and Kleiner, 2003). It also covers terms and conditions for employment of women and men candidates. The amendment has formed a framework for regulations for same payments of both the genders (Hess, 2012). Under this act, the women can claim file against their firm for giving different payment. The woman can only file a report if she is having same work responsibilities, skills and workloads as man (Iles and Auluck, 2008). Work rate is the criteria which helps in the evaluation of performance of these two.

The significance of equity pay act is to prevent discrimination on the basis of gender. It is also related with fair labour standards act (Lahiri, 2004). Other significance of equal pay act is the elimination of lower women's rates of pay in companies and increasing use of job evaluation. In addition, managing the change of attitudes to women's work is also related with this equity act. It is applied on banking and health service industries (MacFadyen, 2015). Working and operations of small business functions are dependent on the proper involvement of everyone in company.

A man or a woman is working for the same position and they are equally skilled because of which they should have the right of getting equal payment from their firm (Strachan, Burgess and Sullivan, 2004). This is ethically correct for the person who is having equal responsibilities. There is a law of equal pay for equal work which is known as Equal pay act (Woodall, 2006). If any company is dealing with millions of customers worldwide and having employees of more than thousands then their success is solely the result of effort from both the sides (Heathfield, 2015). Human right is not just a responsibility of a company but it is related with the ethical values of firm. It is not the legal obligation for the organization but it is also accurate from the ethical point of view.

The result of following right direction and equal payment can be seen from the performance level and satisfaction of employees (Momsen, 2004). Company can make their payment criteria according to job description of employees and this is based on skills of individuals that are working for it. This will be ethically correct for the present as well as future of firm (Elmuti, 2006). Accurate payment and bonus is the right of employee and it should not be discriminated on the basis of gender.

Discrimination for gender payment gap is dependent upon some factors that are responsible for difference in men and women that are working in an organization (MacFadyen, 2015). These factors are classified such as hours for which an individual worked, occupational segregation, workplace flexibility and gender stereotypes. In addition to it, maternity leaves, motherhood penalty and direct discrimination are other factors that are affecting the difference in payment system (Harisis and Kleiner, 2003). It is believed in companies that male employees can give extra time for their work than a female worker. If male employees works for more hours than they deserve extra payment. Occupational segregation is related with the male domination on some jobs such as mechanic work, lorry driving work and petrol filling stations job is dominated by men (Strachan, Burgess and Sullivan, 2004). That is the reason because of which women are getting payment less than a man.

Workplace flexibility is another factor which affects the payment discrimination between men and women (Heathfield, 2015). Women choose less paying job because they have to manage work and family at the same time. This mentality of companies will affect the payment discrimination. Women are not allotted with higher work position as she cannot give more time than a man (Aoun, 2007). Gender stereotypes are related with occupational segregation which states that some function is specifically designed for a man such as mechanical functions and maths tasks (Iles and Auluck, 2008). Maternity leave and parental responsibilities will make a woman less efficient than a man. Direct discrimination is the combination of all these factors which make a mentality of companies for doing payment difference in between a man and a woman (Carr-Ruffino, 2006). These are some factors which are affecting discrimination of payment in various corporations.

Ford company is the biggest auto mobile company in world and they are doing discrimination in managers of mechanical department. This is making negative image of such a big firm on global platform. Woman manager of manufacturing department is getting less salary that male manager in that particular section. Women earning 15% less payment than men are working in manufacturing section (Elmuti, 2006). Companies have decided their criteria of judgement on the basis of working hours for payments. There is an act which is related with women's working hours (Woodall, 2006). According to this law, a female employee cannot work for more than 12 hours. It is also against the law which is registered in parliament. A man who is working on the same position that is manager in manufacturing department is giving 18 hours in the company (Iles and Auluck, 2008). As a result of that, company believes that if an employee is working for 18 hours and another employee is giving 12 hours that prior individual will get more salary than a woman employee (Elmuti, 2006). This is the fact behind every company to give extra salary to individuals that are working for more hours than others. There are also lots of reasons which are responsible for the discrimination on basis of gender.

It is illegal to give extra benefits to a male employee than a female although they are doing same job with same responsibilities (Momsen, 2004). It is against the law that a man is getting high payment than a female employee (Harisis and Kleiner, 2003). If the company is taking decision on the basis of marital status, then they should also consider that a man is also a husband of a woman (Aoun, 2007). In case, if women are having responsibilities then man is also having responsibilities of their family. Man can manage their family with their job than why a woman are not treated as same. This is not the reason for giving importance to a man that they are only capable of doing things. This is not right according to law and it is also ethically wrong (Harisis and Kleiner, 2003). Male domination on medical field and mechanical field is totally wrong. Judgement on the basis of a woman or a man does not prove that who is having more knowledge and skills (Elmuti, 2006). This is against the law and government should support women employees for taking stand for a woman employee by providing them equal benefits (Marquis, 2007). Not giving same opportunities just because of marriage, pregnancy leaves and responsibilities of family is totally wrong.

Social role theory is emphasizing on the main reason of discrimination which exists in companies. From the ancient times, it is believed that women are having responsibilities of family and men can go outside for work (Lahiri, 2004). This is a reason for which sexism exist in the firms. This will raise the risk of gender stereotypes and discrimination in payments. Women are more inclined towards working for domestic tasks and man is for workplaces. This finally results in the discrimination at every stage in corporates (Strachan, Burgess and Sullivan, 2004). Pollution theory of discrimination is also related with the male and female differences in occupation and earnings. Wage discrimination is because of change in mentality of people that are working with corporates (Aoun, 2007). It is also against the law for doing discrimination on the basis of sex.

The other reason is occupational crowding effects in market for job. This is a fact which relies on a ratio of expectation of men and women from their job. In current scenario, job vacancy is crowded by much professional fighting for their position in the market (Heathfield, 2015). This will increase the expectation of companies from them and women are neglected for opportunities because of some reasons such as working hours, family responsibilities and maternity leaves (Strachan, Burgess and Sullivan, 2004). These are some reasons for which rate performance of man is more than a woman and because of these reasons, many people will get opportunities as compare to women.

The strategy's planning and implementation for preventing salary discrimination are started with understanding the law. Understanding a law is important for the companies for implementing anti discriminatory actions within their firm. Other strategy is related with making policies for taking decision on the basis of anti-discriminatory actions (Momsen, 2004). Company has to train their supervisors and managers to make the decision based on skills and performance not their gender. There should be document in company with having whole information of guidelines for salaries and bonus conditions (MacFadyen, 2015). The firm must have their registration with state and local prohibition wages act. This department will monitor actions of company along with the time. Scheduled audit and practices can be applied for making a healthy environment in firm. Timely and effective performance evaluation will help in prohibiting the gender discrimination in business entity (Strachan, Burgess and Sullivan, 2004). There should not be any limitation for disclosing the salaries in company. These are the strategies which can be applied within a firm.

Report is covering arguments related with anti-discriminatory issues in firm as making difference in salaries on basis of gender in ethically wrong. It is concluded by the statements that are given in theories and models to protect the discrimination.

There are various recommendations which can prevent the discrimination on basis of gender at workplaces. These can be implemented in human resource management practices as well as in different departments.

These are the important recommendations that a company can apply and implement in their departments for preventing the discrimination.