CREATIVE WRITING OF THE IMAGE 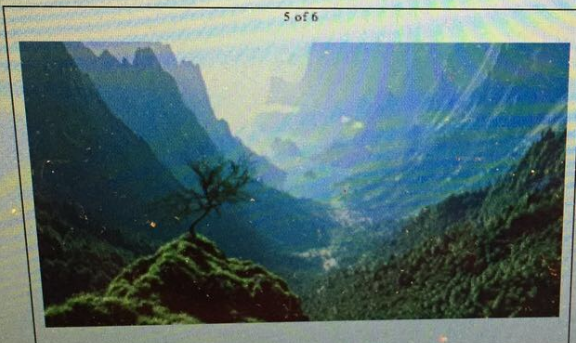 Essay - This specific place has been used for the purpose of treating a boy (Philip) who is experiencing Alzheimer’s disease which is a type of dementia that changes memory, thinking and behaviour of a person. Thus, firstly it is essential to state about the scenario. Philip (26 years old) is having dementia; hence he is unable to recall his memory and other events of life. The boy has completed his studies and now pursuing for any specific job. However, due to dementia, he is having the problem of memory loss; hence he does not remember anything even about the current events. Therefore, in this respect the doctor has prescribed natural treatment for him so that he can improve his mental status. The doctor also believes that visiting natural places could assist Philip to get back his memory (Song and et.al., 2016). At the same time, the doctor will also be making use of different therapies and medication along with psychological treatment.

Thus, considering the exact situation of Philip, the health care practitioners and nurses have decided to focus more on psychological treatment as medicines can impose negative impact as well on his mental condition. Therefore, the therapist and doctors have decided to take Philip to his childhood city so that he can recall all the important events of his life. Hence, the image placed in the upper section is Philip’s childhood city. This place is nearby to Philip’s town where he used to visit most likely every week. His parents contended that Philip has spent his entire childhood at this place. He used to sit at this place for hours with his friends. Sometimes, he used to visit the place every day merely to release all the burden of studies. However, due to Alzheimer’s disease, Philip does not remember any of these things. His parents and friends are worried about his situation; hence they want Philip to get to this place so that he can recall at least a few things.

Finally, the doctors have taken Philip to this place and they let him sit alone for few hours. Initially, in the view of Philip, this mage depicts natural features of a landscape which is being categorised in terms of appearance and colours. Philip feels that the mountains are quite fascinating and peaceful which on the other hand also demonstrates the beauty of any specific place. He is sharing all his views with the doctors; however at this stage, he does not know that this is his childhood city. When doctors asked about the place, Philip said that, “it looks like a dense forest. Typically, this beautiful place bears a striking resemblance to natural scene of day time. The place looks like a peaceful area wherein one can sit for hours and can make numerous plans to manage things (Van Baal Hoogendoorn and Fischer, 2016).

Most often, when people are stressed, they prefer to visit such places so that they may not get disturbed from anyone. However, the edges of the mountains shows high pillars which are touching the sky.

After hearing the interpretation of Philip, doctors decided to tell him about the city; however one of the nurses said that they should conduct some more trials. Nurse also said that eventually Philip will recall all the things; hence some time should be allotted to him. When doctors asked Philip to get back to home, Philip asked for some more time to sit at that place. Philip said he wants to interpret the place more; hence he said so many things like- this place is helping me to get into deep and thorough thoughts. At the same time, I am getting interested to visit this place for sports activities. It can also be assumed that during monsoon, the place might get changed into a deep dark forest. Yet, another thought that came in my mind is about the way through which one can reach to such places. These places are usually excursions; however people find a lot of fun while visiting such places.

Completing the statement, Philip also added that this place can be considered as a stress reliever area because it is quite peaceful. Hence, with such kind of conversation, the first day passed away. However, on the second day, when doctors started the session, they asked Philip regarding his area of interest in visiting this place. Philip was feeling quite positive about that place; hence he said he is liking to be at this place. Doctors said that in today’s scenario, people have so much things to do; hence they do not get much time to spend for natural beauty.

Therefore, people should visit such place especially when they need to reenergise themselves. Supporting the doctors, Philip said that, this place gives a feeling of relaxation from all the burden prevailing in the world. In this domain, it is also clear that natural beauty is such as lovable aspect that encourages a person to get relief from stress and burden. Moreover, if a person desires to connect with natural beauty, then he can visit this place.

Getting such positive feedback from Philip, the therapist told everything to Philip regarding this place. However, Philip is unable to recall anything as he started losing his memory. After knowing about the exact situation, Philip put stress on his memory; but instead of that, he is unable to recall anything. The therapist also added that, you used to come at this place with your friends sometimes after schools and during weekends. The therapists mentioned many things about his childhood and gradually Philip is recalling a few things. In this context, Philip also felt positive and supported the therapists in the entire procedure. Following the scenario, it is evident that the treatment went well and appropriate relationship is also developed among both the concerned parties (Song and et.al., 2016). This seems to be one of the appropriate treatments to treat psychological disorders prevailing in people.

While working on this case, I can say that I have learned many things about psychological treatment. At the time of undertaking this case, I conducted discussion session with many people so that different people can give their opinion regarding this case. This also helped me to demonstrate the interpretation of this case and patient’s condition. In addition to the same, when I looked at this place, I was wondering how a place can aid a person to become positive and how it can assist in removing all the stress and burdens. Hence, in the initial stage I was also not sure about the outcomes of the procedure; hence it took time for me to acquaint with psychological treatment (Van Baal Hoogendoorn and Fischer, 2016).

Being a healthcare practitioner, I have treated many patients; however for the first time I went for psychological treatment to a young boy. The process seems to be quite interesting for me as I have discussed each and every aspect of patient’s condition in detailed manner. Henceforth, I can say that this session has helped me to enhance my analytical and practical knowledge regarding the ways to treatment dementia. Earlier, I used to think that dementia and other mental problems could be treated through medication process only; however this perception has not changed (Park and et.al., 2016).

Since, I helped Philip to get his memory back, so I am satisfied with my competency and skills. Therefore, lastly I would like to state that I have become a good friend of Philip; hence I believe that developing suitable relationship with patient is essential in service delivery process. In addition to the same, I can state that in future if I will get any opportunity to treat dementia patients, then I will undergo with psychological treatment. This will also aid me to improve my learning and capabilities in health care field.