In the current time period credit card business is running by the number of firms. In the current report data set related to credit card is analyzed and in this regard descriptive statistical tool are used to analyze the data along with regression analysis tools. In middle part of the report, correlation tool is applied to explore relationship among the variables. Apart from this, ANOVA tools is used to identify whether there is relationship between geographic location and depression level. In this way, entire research is carried out.

In case of variable income it is observed that on average basis people are earning $43000 followed by standard deviation which is 14.55. On other hand, in case of variable household on average basis size of the entire family is 3.42 which means that on average basis there are 3 to 4 members in each family from whom data is gathered. Standard deviation is 1.73 which means that family size is approx. same over time period and it does not change at rapid pace. Mean value of amount charged is 3963.86 which means that there are large number of respondents which are making annual charge of mentioned value in respect to credit card. Results are clearly reflecting that the difference between minimum and maximum amount charged is high if same is compared with relevant studied variables which are given in the table. This is reflecting that people become more habitual of using credit card to meet their needs. Even people are making overuse of credit card if we compare and take in to account their income level.

H0: There is no significant mean difference between income level, household size and amount charged. 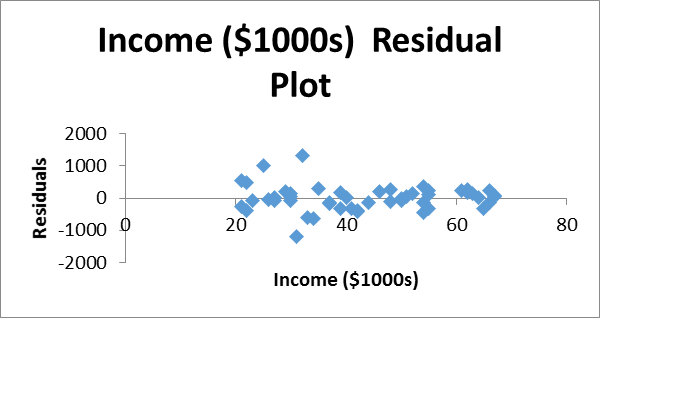 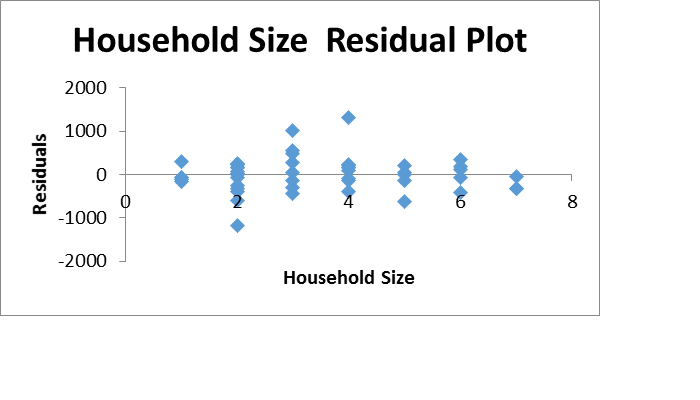 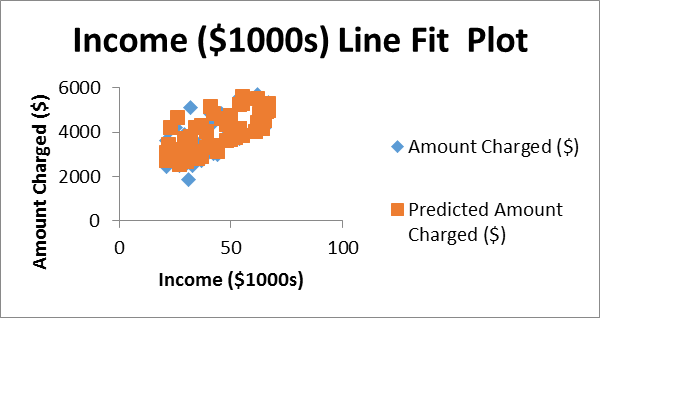 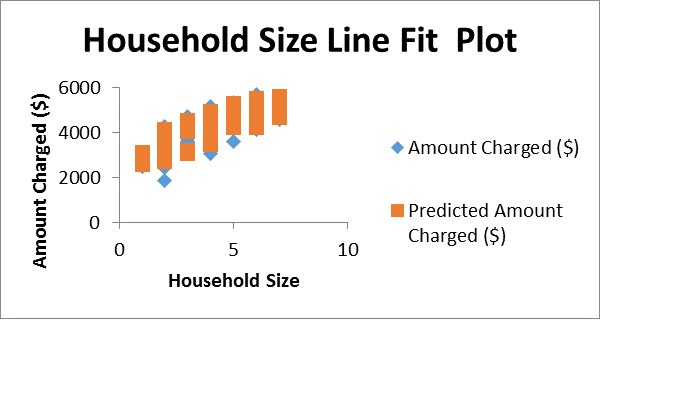 There is high degree of correlation among the variables income level, household and amount charged. This is proved from the fact the correlation value is 0.90 which is very high and is near to 1. Results are also indicating that big percentage change comes in the amount spend with slight change that happened in the values of the variables namely income level and household. As per facts 82% variation comes in the amount spend with variation in the mentioned variables. Adjusted R square is 0.81 which strongly indicating that 81% variation comes in the amount charged when any new variable will be added in the data set. Level of significance is 1.54>0.05 and this is clear that in terms of impact both independent variables does not have significant impact on the dependent variable. Results are reflecting that in case income of individual changed then amount charged may be impacted by 33 points. In same way if household size altered then amount charged may change by 356 points. Results are clearly indicating that on mean basis average charge may be of value $2373 in case people income is $40000.

Model can be modified by adding new variable namely household saving rate and by using relationship that exist between the saving rate and credit card charge can be identified.

Data are arranged in variable view in excel sheet. 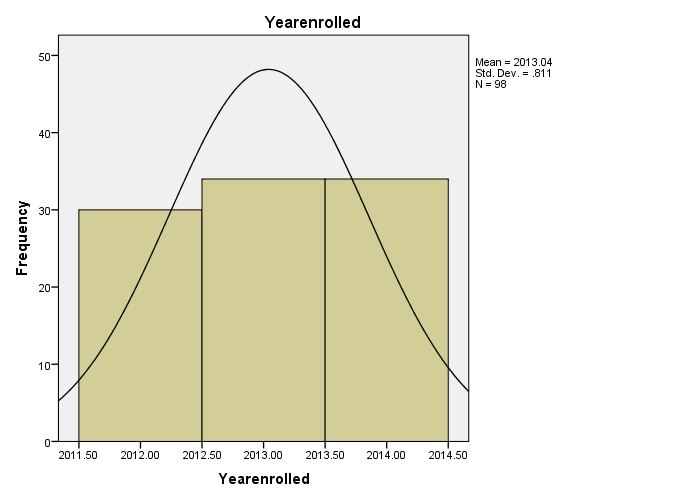 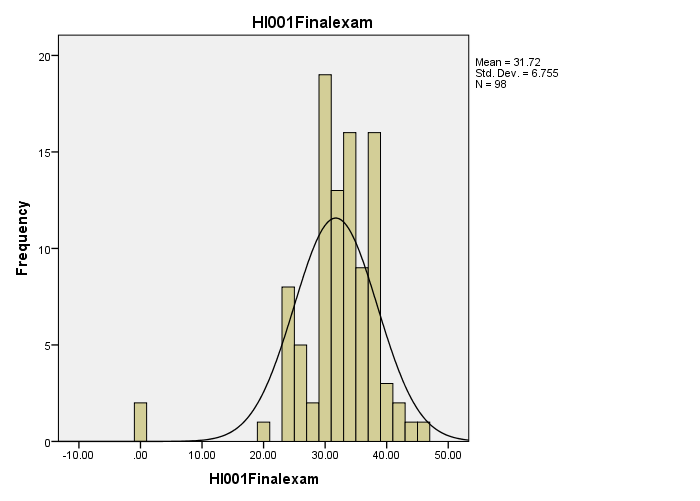 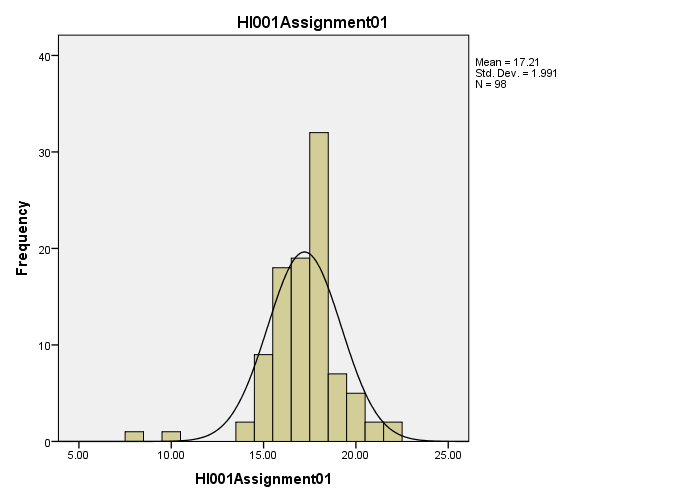 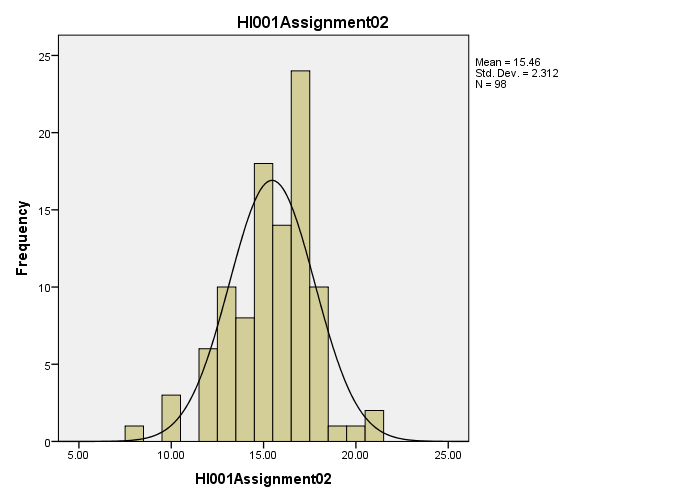 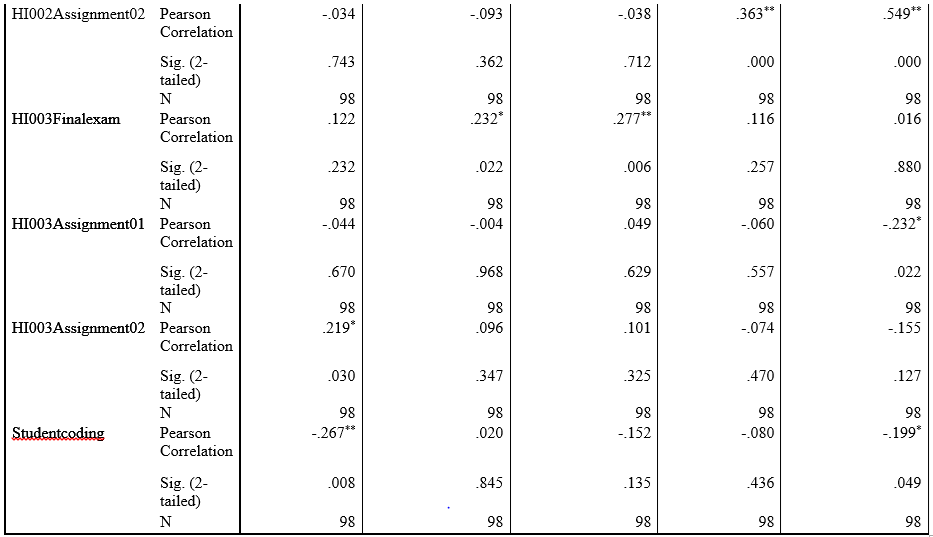 Value of level of significance is 0.49>0.05 which reflects that there is no significant difference in mean value of depression across different studied cities. It can be said that depression level remain same if one is suffered from specific disease.

It is deduced that amount charged is not affected by household size and income level significantly. Means that change in these variables does not bring big change in dependent variable. It is also concluded that marks of one test does not heavily affects marks that can be obtained on other tests as reflected by regression analysis tools. It is also concluded that across the cities depression level is different when patients are healthy. However, in case they are suffered from any disease then in that case depression level does not vary among cities.